First day of talks at WordCamp Europe 2016 in Vienna has just ended and I feel tired but satisfied.

It’s 33°C in Vienna today but the conference venue does have working air conditioning and so has our Airbnb. Last year in Seville it was impossible to go outside and not die. At least for a Finn. So this is an improvement. Maybe next year WCEU will be held in some country that is not so hot?

The talks were very interesting and well executed in general. The only thing I did not like was the fact that there has not been enough time reserved to switch tracks between sessions. But that is a rather minor issue.

Brian Krogsgard interviewed Matt Mullenweg well and challenged him about the practical level leadership of the WordPress project. 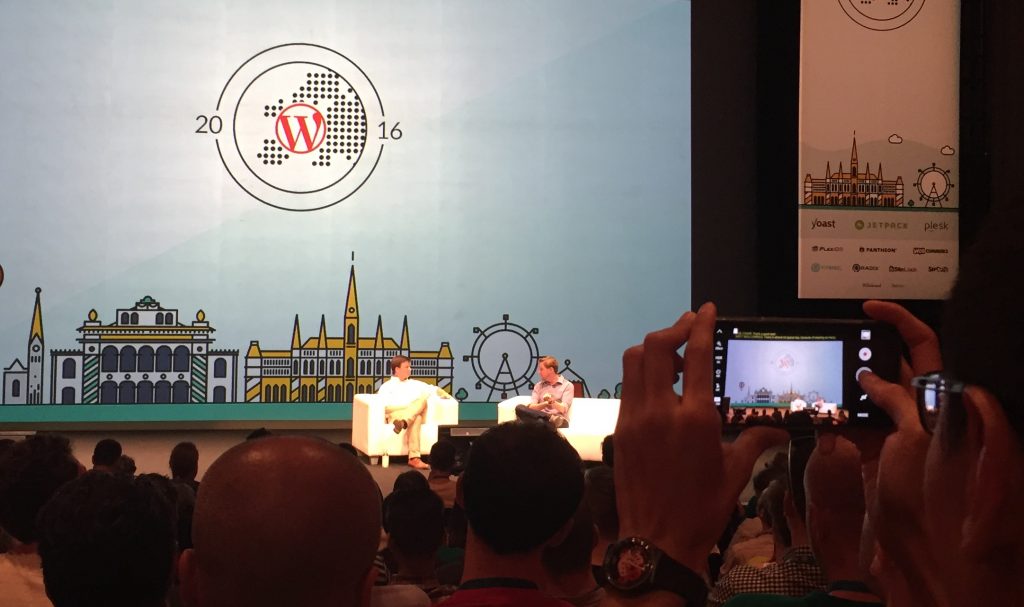 So far I’ve talked with a lot of nice people. I see a more and more familiar faces at each WordCamp I go to, but here it is just unbelievable amount of people I’ve never seen. Biggest WordCamp ever.

We’ll have a dinner among Finns (and people who live in Finland) next. I’m looking forward to day 2 tomorrow and especially the contributor day in Sunday.

(I’m writing this because Andrea Badgley’s talk inspired me to write.)